Apple iOS 15.4.1 updates the abbreviation of the Ukrainian capital Kyiv from KIE to KYI on its world clock widget: here’s why

Find out what’s new in iOS 15.4.1 and whether you need to update your iPhones and iPads here.

Following user reports of severe battery drain on recently launched iOS 15.4, Apple has rolled out iOS 15.4.1 to the public with a solution to the battery issue. The iOS 15.4.1 release notes also mention some bug fixes for Braille devices and Made for iPhone hearing aids. However, as always, on closer inspection, you’ll come across some other minor changes as well. For example, Apple’s World Clock widget now displays the abbreviation for Ukraine’s capital, Kyiv, KYI instead of KIE. Let’s see his reason first.

iOS 15.4.1 changes: Apple changed the World Clock widget abbreviation for Kyiv from KIE to KYI. KIE comes from the Russian spelling of kyiv: kyiv. The screenshot is iOS 15.4. pic.twitter.com/KaoBfE9T3e

It is high time to finally get rid of the outdated Soviet spelling of our cities and adopt the correct Ukrainian form. Grateful to Japan and @kishida230 for doing it already and encouraging others to follow. #KyivNotKiev

Moving back to iOS, here are the other improvements in version 15.4.1: 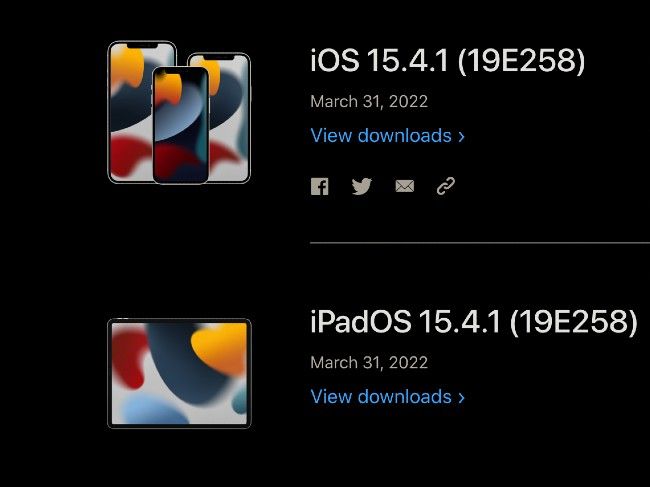 Apple Support also reveals that iOS 15.4.1 and iPadOS 15.4.1 fixed a security issue with AppleAVD (an audio-video decoding framework) on the respective platforms.