Crisis in Ukraine: empty freighter on its way to load controlled Ukrainian grain in Turkey – News

Three vessels carrying a total of 58,041 tonnes of maize were cleared from ports on Friday

On Friday, a team of inspectors in Turkey began checking an empty cargo ship ahead of its departure to collect grain from the Ukrainian port of Chornomorsk, as part of a deal to revive Ukrainian grain exports, the Turkish ministry said. of the defense.

The ministry posted photos on Twitter showing the inspection team boarding a boat heading for the Barbados-flagged general cargo ship Fulmar S, which was anchored in the Black Sea just north of the strait. from the Bosphorus to Istanbul. 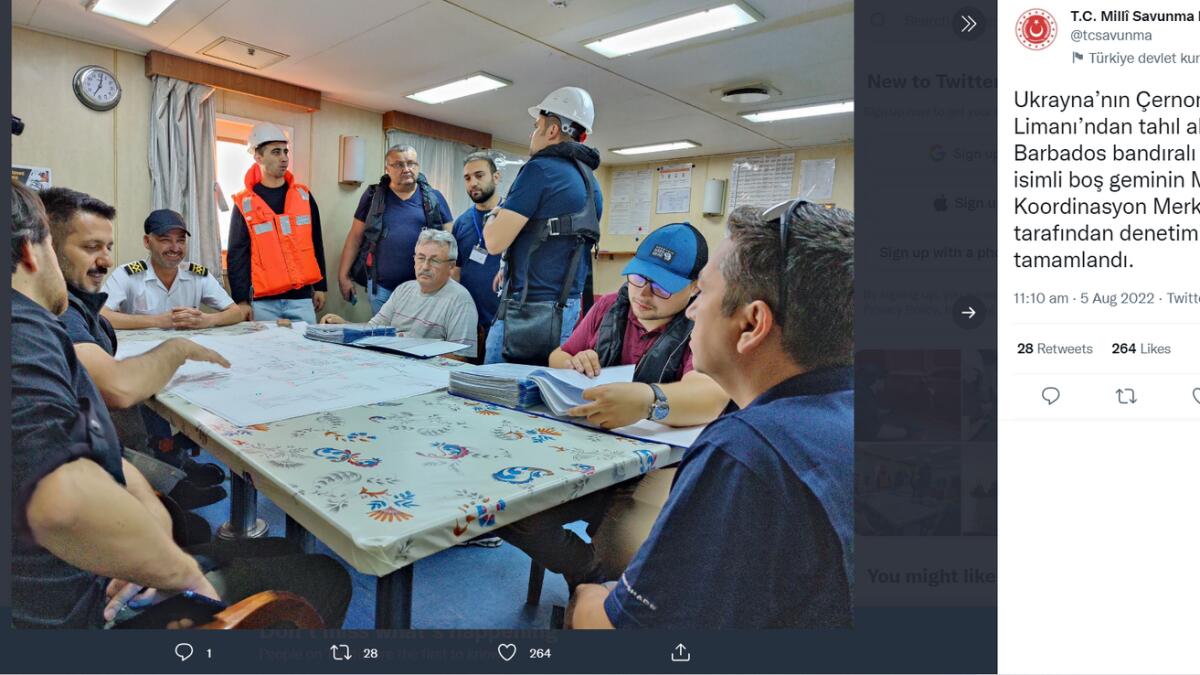 Vessels destined to load Ukrainian grain are inspected by Russian, Ukrainian, Turkish and UN personnel, working in a joint coordination center in Istanbul.

Three ships carrying a total of 58,041 tons of corn were allowed to leave Ukrainian ports on Friday as a Russian offensive forced Ukraine to cede territory to the east.

The first ship carrying Ukrainian grain allowed to leave port since the start of the war left Odessa on Monday. He was bound for Lebanon, under a safe passage agreement brokered by Turkey and the United Nations.