The government has announced its intention to include Ukraine in a new “European Green Deal” aimed at significantly improving the environmental condition of the continent. UNIAN understood how this strategic area of ​​development will affect the economy and the life of ordinary Ukrainians.

More than a year has passed since the European Commission announced a new “European Green Deal” aimed at making our continent climate neutral within the next 30 years. At the end of last year, the Ukrainian government submitted to the EU its position paper on our country’s participation in the agreement.

For Ukraine, as a major industrial state, this is a very ambitious goal, because for more than a century the country has only increased its negative impact on the environment, transforming a part of once green and prosperous lands in dumps and industrial deserts.

Many Ukrainians do not yet know how much the new challenges of the state economy will change, as well as their personal life. After all, the new deal will require a radically new attitude towards the environment on the part of the population.

At the heart of the Green Deal for Ukraine will be, first and foremost, the energy industry, the engine of national economic development.

Acting Energy Minister Yuriy Vitrenko noted that the EU Green Deal is not just about energy, but a new economic paradigm for the country’s economic recovery.

In the United States, the New Deal was launched during the Great Depression, when President Roosevelt declared that a new economic course was needed for the American economy to tackle the Depression. Similarly, Europe, of which Ukraine is a part, now declares “The pandemic situation requires a new agreement. The new agreement must be green”, he said.

According to Yuriy Vitrenko, Ukraine also needs its own Green Deal to improve people’s lives towards better sustainability.

“We must not take anything away from future generations, we must not develop by causing significant damage to the environment. This is the meaning of the Green Deal”, he added.

Main aspects of the new strategy

In December 2019, the European Commission, at a meeting of its Council, adopted a “Green Deal” – a set of measures aimed at modernizing national economies and the social sphere in order to transform Europe into a climate-neutral continent. by 2050.

According to the new course, the national economies of the parties to the agreement will become circular, the production process will not generate residues or waste.

Over time, economies will experience a decline in demand for industrial products due to longer life spans of goods. Given this and by encouraging the use of recycled raw materials, it is possible to foresee a decrease in the demand for raw materials. It is clear that Ukraine, which is an important supplier of raw materials on world and European markets, must now prepare for radical changes.

Agricultural initiatives and the transition to a sustainable European food system will also increase the need for agricultural and food products. And this can become an additional trade barrier and affect Ukrainian exports. On the other hand, the promotion of organic products throughout the EU will create new opportunities for our producers.

Climate change and the emphasis on organic produce will lead to some reduction in crop yields and higher food prices.

The EU carbon border adjustment mechanism will also be a major challenge for international trade and Ukraine in particular.

Currently in Ukraine, environmental legislation is being adapted to EU norms and standards.

It should also be underlined that the national governments of the EU are currently in the process of developing clear objectives for the chosen strategy, and that it takes time to think about and agree on them.

The main tasks of Ukraine

“The biggest economic priority this year, after all, is climate policy. The success of our cooperation with the EU for decades will depend on how it forms,” ​​Kachka said.

According to DTEK Executive Director Dmytro Sakharuk, carbon neutrality is a global trend and there is no way it will bypass companies operating in Ukraine. Companies and the State must prepare for major investments to make production greener.

According to him, studies have shown that by 2030, Ukraine must invest 350 billion euros to ensure a carbon transition. And by 2050, Ukraine will have to have invested 1.5 trillion euros.

It is not yet clear how a country with such a small budget could find such enormous sums.

The European Union is currently developing a methodology on how to set up fundraising for this purpose. These are expected to include investments from governments, international banks, private capital, strategic investors, as well as fundraising through changes to tax systems.

Of course, for the richer economies – like Germany or France – finding sources of Green Deal funding will be easier than for our Ukraine, which is still knocking on the door of the EU. Borrowing large funds from Western powers to modernize Ukraine is also not an option. Ukraine must find an opportunity to earn these funds.

It seems that now there is not a single Ukrainian politician or official who would understand where to find the money necessary for these ambitious goals.

Minister of Environment and Natural Resources Roman Abramovsky, referring to the UN conclusions on climate change, said that so far none of the global goals aimed at stopping the degradation of land and sea areas have has been fully achieved.

Deforestation and loss of biodiversity remain on the list of major problems. More than one million species of plants and animals are currently considered threatened on planet Earth.

In addition, around a quarter of the world’s diseases are linked to environmental threats. Polluted air is the cause of 7 million premature deaths each year.

Meanwhile, Ukrainians are witnessing the deterioration of the environment and the negative effects of climate change. 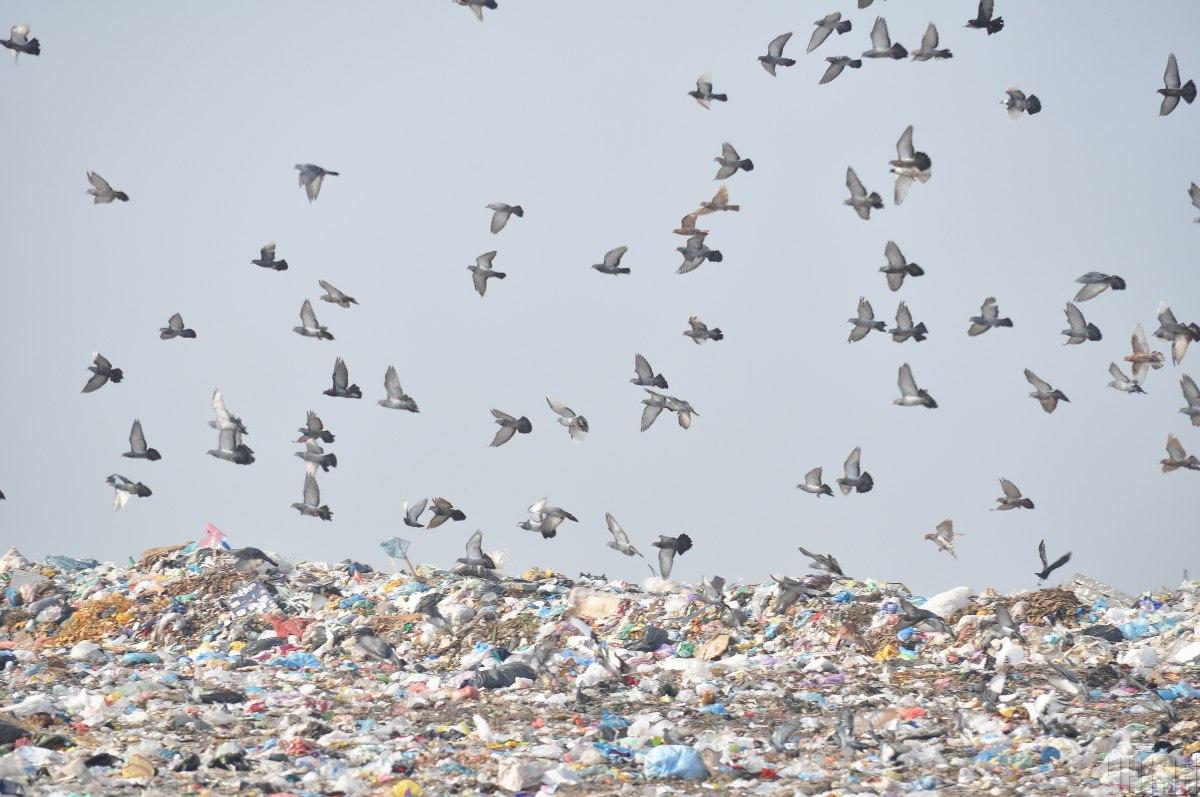 “Improving relations with nature and avoiding worst-case scenarios is still possible. UN experts call it the last decade, when it is still possible to influence environmental emergencies. But given the interconnection between the climate change and biodiversity loss, air and water pollution, these problems can only be solved through joint efforts, coordinated action,” said the head of the ministry.

To combat climate change and achieve carbon reduction targets, Ukraine, like other European countries, must develop an ambitious national contribution. That is to say, make specific commitments on the volume of emission reductions.

Important decisions to start implementing the “green” transformation should be reflected in the Ukrainian state budget and community development strategies in all regions.

The government must adopt clear programs for the management of waste, the reduction of water and air pollution and the extension of green spaces. It is necessary to effectively implement the programs that already exist to reduce the emissions of large polluting companies.

It is also important to create and develop the latest technologies in the field of renewable energies, including the generation of hydrogen. Ukraine has been identified as Europe’s strategic partner in hydrogen production, so this field could become a locomotive that will lead Ukraine towards an environmentally friendly European life.

There are powerful scientific and educational facilities in Ukraine, while young Ukrainians have repeatedly surprised the world with their inventions. Clearly, Ukraine needs to implement grant programs that would allow the scientific community to grow and come up with better environmental solutions.