European stocks retreat as US warns of Russian-Ukrainian crisis

European stocks moved sideways as tensions between Russia and Ukraine increased. In Germany, the DAX index rose by around 15 points while in the UK, the FTSE 100 index fell slightly. In a statement, the State Department warned that Russia may soon invade Ukraine. The department cited the growing number of Russian troops near the border. At the same time, Russia and Belarus have been accused of helping to flood Europe with migrants. As such, the two allies are likely to coordinate in an attempt to reduce Russia’s gas supplies. In fact, the price of natural gas has risen near an all-time high.

The euro continued its downtrend as concerns about inflation surged. EURUSD collapsed to its lowest level since July 2020. Recent figures have shown that inflation in Europe has continued to rise in recent months. But there are also signs that inflation in Europe is diverging. For example, in Estonia inflation has risen to 4% while in Greece it is around 0.1%. Data released by Destatis on Thursday showed consumer prices rose 4.5% in October, the fastest pace in more than 3 decades. And today, data from the Spanish Bureau of Statistics showed inflation has jumped to 5.4%. Therefore, there are concerns about how the ECB will deal with this discrepancy.

The Swiss franc edged down after the latest data from the Swiss Producer Price Index (PPI). According to the national statistics agency, the PPI fell from 0.2% in September to 0.6% in October. This growth led to a 5.1% year-on-year increase, the highest since 1990. Therefore, there are concerns about whether Swiss producers will push these price increases towards customers. Recent data has shown that the country’s consumer inflation is below 2%.

USDCHF is trading at 0.9220, a few pips below the weekly high of 0.9230. On the four hour chart, the pair is slightly below the top of the Bollinger Bands. It also moved closer to the 50% retracement level. The pair is also slightly above the 25-day moving average as the Relative Strength Index (RSI) has broken above the overbought level. Therefore, the pair will likely end the week in that range and then experience a pullback next week.

EURUSD continued its downtrend as inflation fears increase. The pair is between the downlink channel shown in green. It also formed a death cross, which occurs when the 50-day and 200-day moving averages intersect. The MACD also moved down the channel. Therefore, the pair will likely continue to move lower as bears target key support at 1.1200. 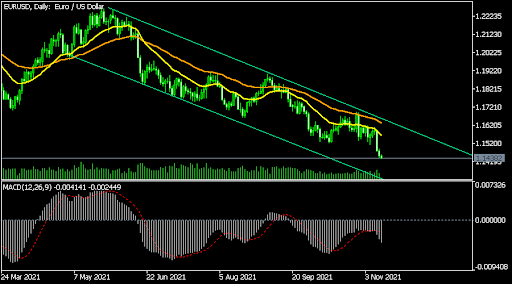 The FTSE 100 index fell to a low of 7,344 as energy concerns surged. This price was relatively lower than this week’s high of 7,395. On the four hour chart, the index is still above the short and long term moving averages while the MACD is above the neutral level. . As a result, the index is likely to fall a little more due to growing concerns about inflation. 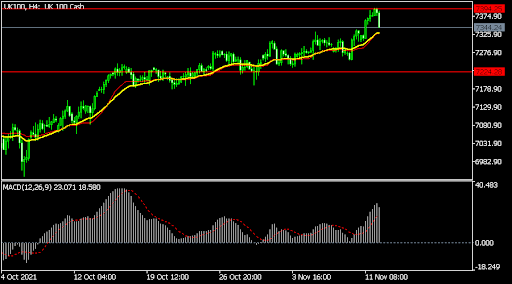