How is the Russian-Ukrainian crisis causing global food insecurity?

The world faces crisis after crisis, Kristalina Georgieva, head of the International Monetary Fund (IMF), said at this year’s spring meeting over the weekend, noting that in addition to the pandemic and Ukrainian crisis, food insecurity is a serious concern.

A few days before the meeting, the World Bank, the IMF, the United Nations World Food Program and the World Trade Organization published a joint statement to call for urgent and coordinated action on food security, and urged countries to avoid banning food or fertilizer exports.

Russia and Ukraine are key sources of agricultural products in the world, according to a study published by the Food and Agriculture Organization of the United Nations (FAO) in March. 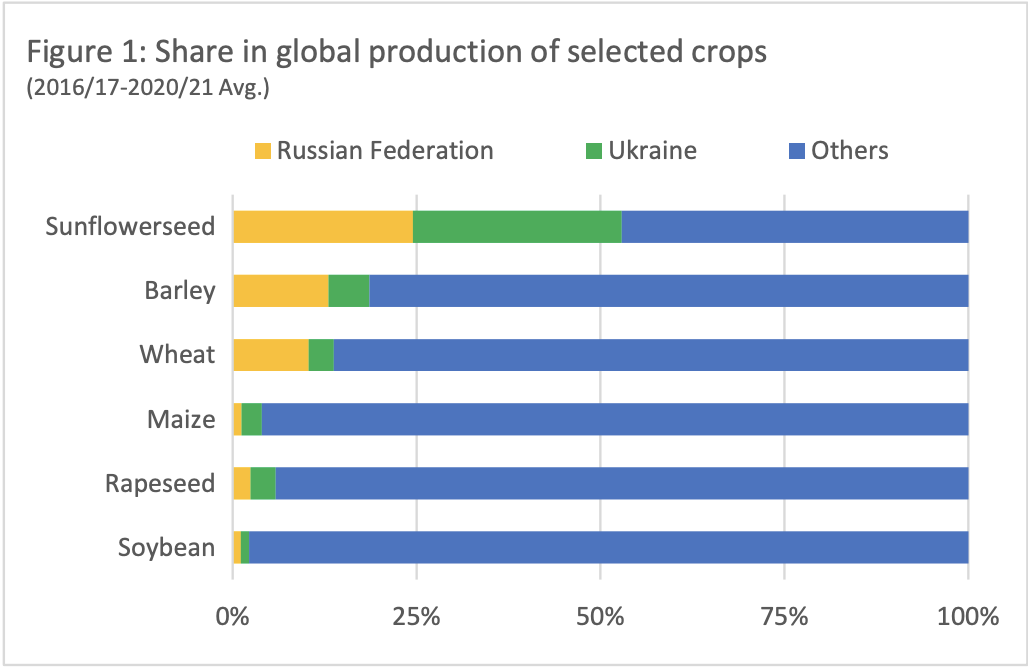 Source: Food and Agriculture Organization of the United Nations (FAO).

Source: Food and Agriculture Organization of the United Nations (FAO).

The crisis between the two countries, which started at the end of February and still shows no signs of ending, has interrupted the traditional sowing of crops in the spring.

In an interview with CGTN in early April, Ukrainian Agrarian Policy and Food Minister Mykola Solskyi said the conflict had greatly influenced the sowing season.

“Part of the land cannot be sown. And in the parts used for sowing, we lack materials such as herbicides, fuel and chemicals,” he said.

Logistics is another issue. Solskyi said blocked ports have made exporting difficult, “so the harvest will be much smaller than before and this will have a negative impact on global food and grain markets.” 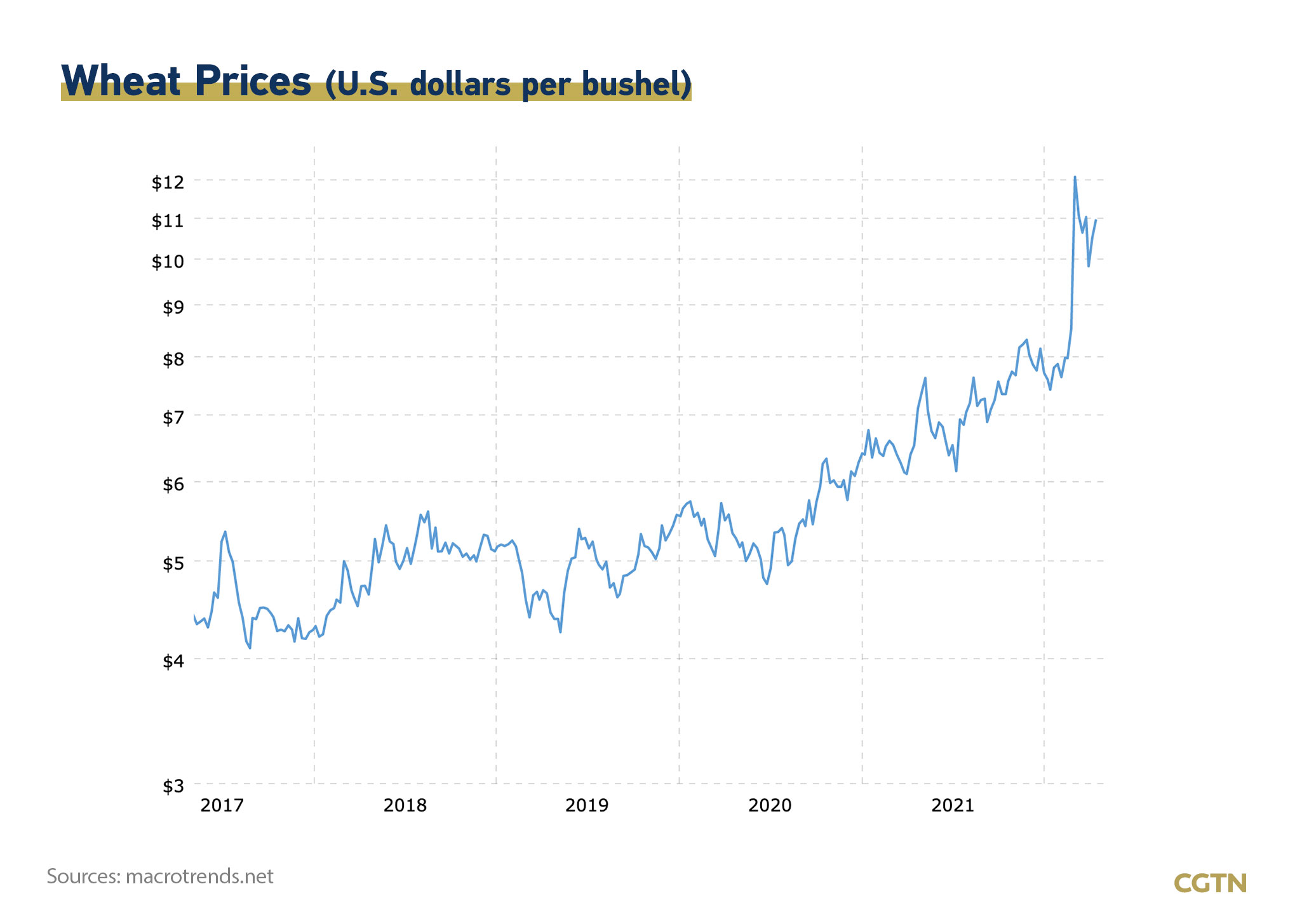 Food and energy prices, along with supply chain issues, continue to drive up inflation, and international energy and grain prices will fluctuate wildly, said GAIN analyst Joe Perry Capital, in a note, noting that during the 2014 Crimean crisis, international wheat prices increased by 20%.

“The threat is greatest for the poorest countries where much of their consumption comes from food imports, but vulnerability is increasing rapidly in middle-income countries, which are home to the majority of the world’s poor,” the statement added. joint statement by the four organisations.

World Bank estimates have warned that for every one percentage point increase in food prices, 10 million people are pushed into extreme poverty around the world.

Many countries heavily dependent on food imports are in the Middle East and Africa and some of them have taken action, according to FAO research.

From 2016 to 2020, the largest Ukrainian markets for wheat and maize exports were Egypt, Indonesia, Bangladesh, the Philippines and Morocco, while for Russian exports of the same products it was from Egypt, Turkey, Bangladesh, Sudan and Nigeria, according to UN data. .

Egypt announced in March that it was banning the export of key commodities including flour, lentils and wheat for the next three months to preserve its food reserves.

International organizations are drawing up plans to help affected countries cope with soaring food prices through aid programs, but the supply gap cannot be closed immediately.

“It will be impossible for other countries to cover [supply] difference if the two countries [Ukraine and Russia] don’t produce next year,” FAO chief economist Maximo Torero told an online press briefing last month.