BUDAPEST (ILO News) – With 90 per cent of construction workers out of work in Ukraine, the Trade Union of Construction and Building Materials Industry Workers (PROFBUD) has found new ways to help its members and the rest of the population to survive the hostilities.

Since the start of the Russian aggression, PROFBUD has mobilized to support its members and Ukrainian workers: it has launched new services, including humanitarian aid and provided shelter and medical support to displaced people in the Interior (IDP), providing 505,000 room nights at union facilities since the start of March. It also provided financial assistance to unionized workers, 30,000 of whom have not received a salary since the end of February.

In these difficult circumstances, PROFBUD members like Oleh, Galyna and Kateryna have found a new purpose in life serving their community.

Oleh Skovorodnikov and the Khmelnytskyi refuge

Oleh, the head of PROFBUD in Khmelnytskyi region in western Ukraine, one of the largest transit regions for internally displaced people, realized on the second day of the conflict that it had to provide shelter to workers and their families fleeing the attacked areas. With the help of PROFBUD, which quickly mobilized foreign trade unions, charities and individuals willing to donate, he transformed the local trade union training center “Pobuzhzhyia” into a temporary residence. Oleh was able to create 145 temporary homes for the families and another 100 temporary homes, and provided them with food. 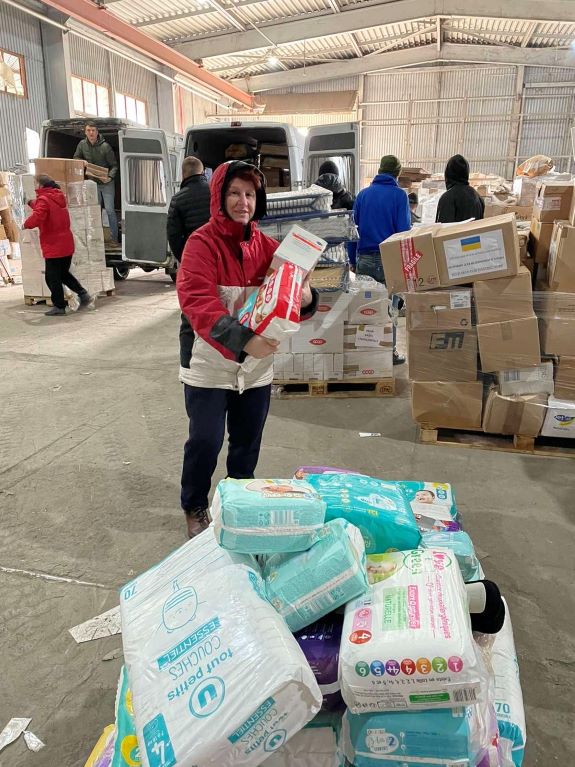 © ILO Galyna Bondarchuk with a shipment of baby diapers

When the war broke out, Galyna Bondarchuk, head of PROFBUD in the Kyiv region, stayed in a village outside the capital with her family. When it became clear that it was not safe for them to stay there, with the rapid advance of Russian troops, the family took the risk of crossing the city and spent three days on the road, sleeping in his car. Upon arrival in Lviv, the family moved into the apartment of a colleague from a local factory.

After her grueling experience, Galyna decided she wanted to help her fellow trade unionists who were worse off. She began to seek out medicines that were unavailable in the occupied regions and in the process began to learn all about them, essentially becoming a “personal pharmacist” for trade unionists all over Ukraine. His help was essential for those who would not have survived without their medication. 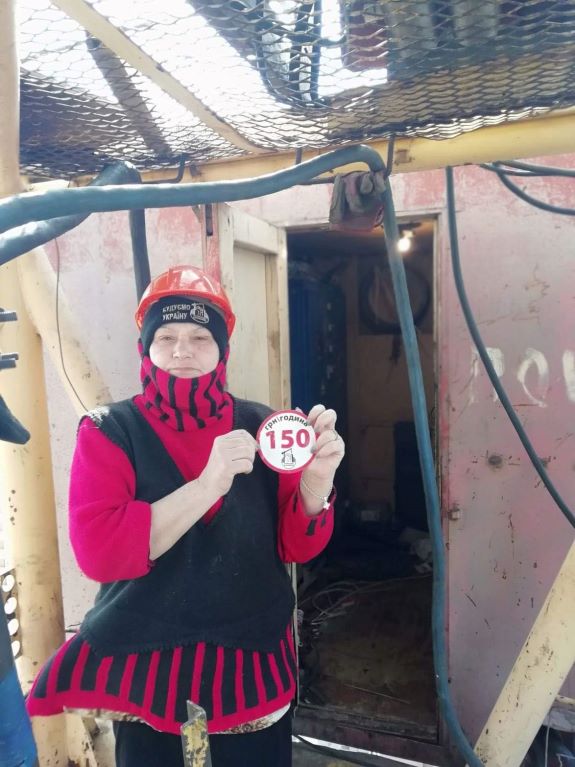 Kateryna Zubova, trade unionist and tower crane operator, lives and works in the suburbs of Kyiv, a few kilometers from Bucha, a town destroyed by Russian troops. Due to the constant threats of air raids and missile attacks, working on a tower crane became too dangerous. She could not work but could not quit her job either to register as unemployed or to get another job with her employer.

She felt helpless. From the window of her apartment on the 17th floor, Kateryna saw how the rockets were destroying residential buildings. For more than three weeks, she spent her nights in the basement.

With all the janitors in her building gone, Kateryna slowly resumed her duties. She sat in the small room where they worked and turned it into a message center where hundreds of people came every day to ask questions or leave messages. “Our army does so much to protect us, but not everyone can be a soldier, we have to do our part. The concierge room is my outpost,” says Kateryna.

Many Ukrainians fleeing Russian aggression have also sought refuge in the neighboring Republic of Moldova. With the help of the ILO, the National Confederation of Trade Unions of Moldova (CNSM) mobilized and set up refugee shelters providing accommodation and food for refugees. Since the start of the hostilities, they have provided more than 28,500 overnight stays in various structures, such as the Sanatoriul Bucuria-Sind, about forty kilometers from the border with Ukraine, or their training center in the Moldavian capital, Chisinau.

For more details on the ILO’s response in Ukraine, visit wwww.ilo.org/ukraine-crisis