Both countries reported renewed fighting around Snake Island, which gained worldwide notoriety in the early hours of the conflict when Ukrainian border guards stationed there rejected a Russian warship’s request to surrender.

Ukraine’s response for the island, located near its maritime border with Romania and covering just 0.17 square kilometers (0.06 square miles), could decide whether Russia is able to establish a defensive base and thus exercise its dominance over the north-west of the Black Sea. , says the ministry.

Ukrainian President Volodymyr Zelenskiy, speaking to France’s Sciences Po University, said war with Russia would have been avoided if his country had been a member of NATO first.

The Ukrainian gas pipeline operator said on Wednesday it would halt Russian shipments through a key hub in the east of the country, while its chairman, Volodymyr Zelenskyy, said kyiv’s military had made small gains, pushing Russian forces out of four villages near Kharkiv.

For more on the ongoing Russian-Ukrainian crisis, click here.


Ukraine has offered to release Russian POWs in exchange for the safe evacuation of seriously injured fighters trapped in a steel mill in the ruined city of Mariupol, as kyiv begins to prepare for its first war crimes trial of a captured Russian soldier.

As fighting raged in eastern and southern Ukraine, Ukrainian Deputy Prime Minister Iryna Vereshchuk said on Wednesday negotiations were underway to release wounded fighters who are entrenched in the last stronghold of resistance Ukrainian in Mariupol. She said there were different options, but “none of them are ideal”. – PA


Ukraine’s men’s national team returned to action on Wednesday for the first time since the Russian invasion, beating German club Borussia Mönchengladbach 2-1 in a charity fundraiser.

The friendly game was a chance for the Ukrainians to get back into shape ahead of a World Cup qualifier against Scotland next month, but also just to show that their side are carrying on regardless.

“We thank you all for your great help,” said former world heavyweight boxing champion Wladimir Klitschko, whose brother Vitali is mayor of Kyiv, in a video message to the German club and fans. It felt like “both (teams) were playing for us,” he added. – PTI 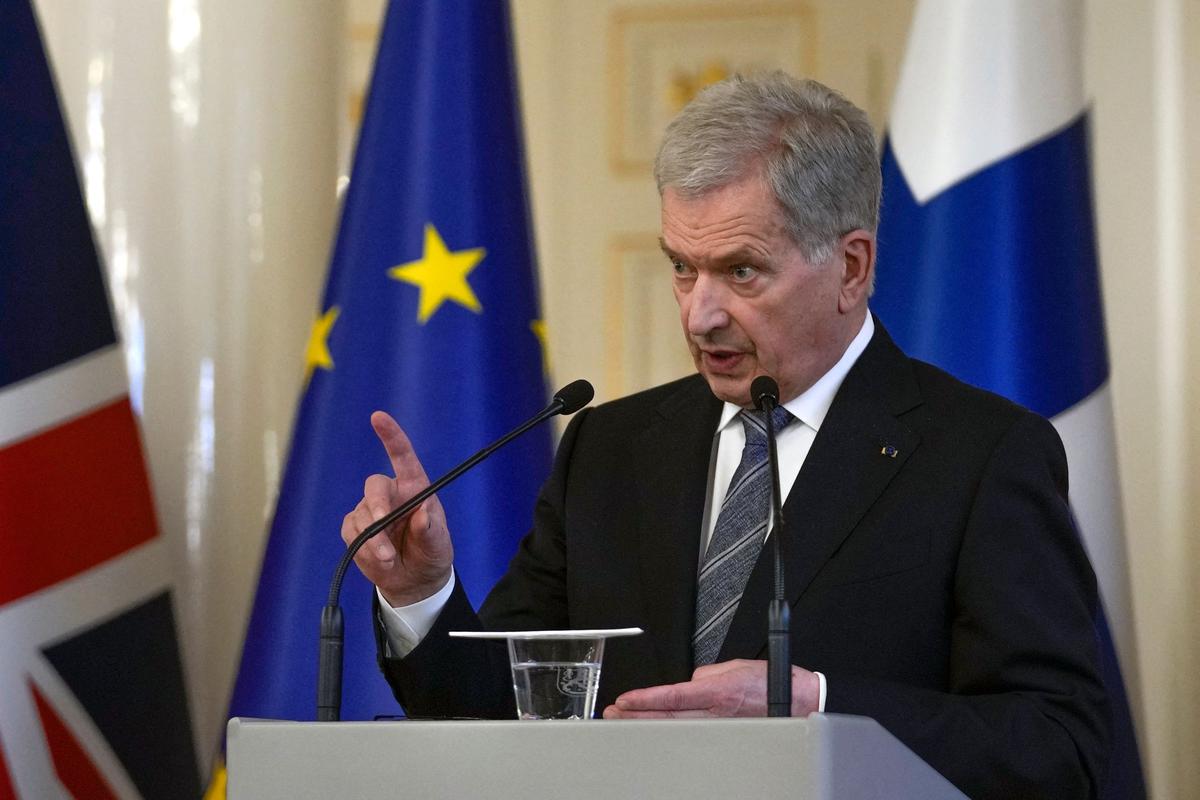 Finland’s president and prime minister will announce their long-awaited positions on whether to join NATO on Thursday, the first step towards a formal decision after Russia’s war in Ukraine sparked a rapid turnaround in public opinion. .

They are generally expected to come out in favor of membership. – AFP


Ukraine will launch its first war crimes trial following the ongoing invasion of Moscow, bringing a 21-year-old Russian soldier to the stand, the kyiv prosecutor announced on Wednesday.

Vadim Shishimarin is accused of killing a 62-year-old unarmed civilian on February 28, by firing an automatic rifle from a car window to prevent him from reporting a group of soldiers, according to a statement from the prosecutor’s office. General Iryna Venediktova. – AFP


Pussy Riot member Maria Alyokhina left Russia, she said in an interview, after disguising herself as a food delivery girl to evade the police.

Ms Alyokhina joins thousands of Russians who have fled their country since President Vladimir Putin sent troops to Ukraine on February 24. – AFP


Russia is the “most direct threat” to the international order because of its invasion of Ukraine, European Commission President Ursula von der Leyen said Thursday in Tokyo.

Russia “is today the most direct threat to the world order with the barbaric war against Ukraine and its disturbing pact with China”, she said after meeting Japanese Prime Minister Fumio Kishida and President of the European Council Charles Michel. – AFP


British Prime Minister Boris Johnson said on May 11 that he had reached new agreements with Sweden and Finland to strengthen European security, pledging to support the armed forces of both countries in the event of an attack.

Russia’s invasion of Ukraine has forced a rethink of how Sweden and neighboring Finland protect national security.

But the war in Ukraine has heightened fears in Stockholm and Helsinki that bilateral agreements will not replace Article 5 of the NATO charter, which guarantees that an attack on one member state would be considered an attack on all. . – Reuters

Ukrainians make gains in the east, stop Russian gas at a hub


The Ukrainian gas pipeline operator said on Wednesday it would halt Russian shipments through a key hub in the east of the country, while its chairman, Volodymyr Zelenskyy, said kyiv’s military had made small gains, pushing Russian forces out of four villages near Kharkiv. – PA