Russia-Ukraine news: India has asked its nationals and students staying in Ukraine to consider temporarily leaving the country given the escalating tensions between the European country and Russia. 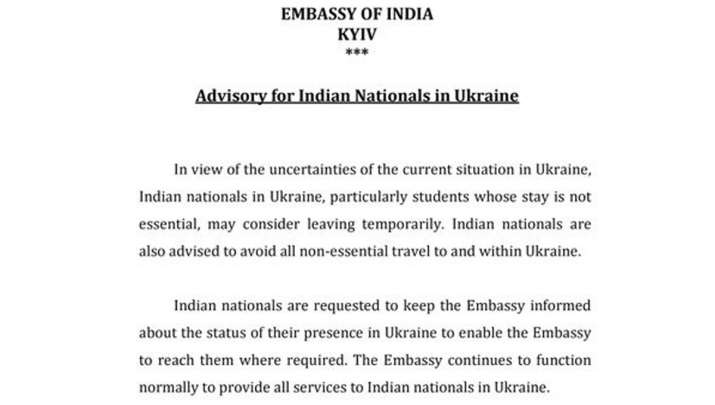 Meanwhile, the United States is relocating its Ukrainian embassy operations from the capital Kyiv to the western city of Lviv, Secretary of State Antony Blinken said on Monday, citing a “dramatic acceleration in the build-up of Russian forces.” .

Since November, Ukraine and some Western countries have accused Russia of gathering heavy troops near the Ukrainian border with a possible “invasion” intent.

Russia has denied the accusation, saying it has the right to mobilize troops inside its borders to defend its territory because the activities of the North Atlantic Treaty Organization (NATO) pose a threat. for Russian border security.

The Biden administration has repeatedly warned Russia of “serious consequences” should its forces invade Ukraine and insisted on a diplomatic solution to the matter.